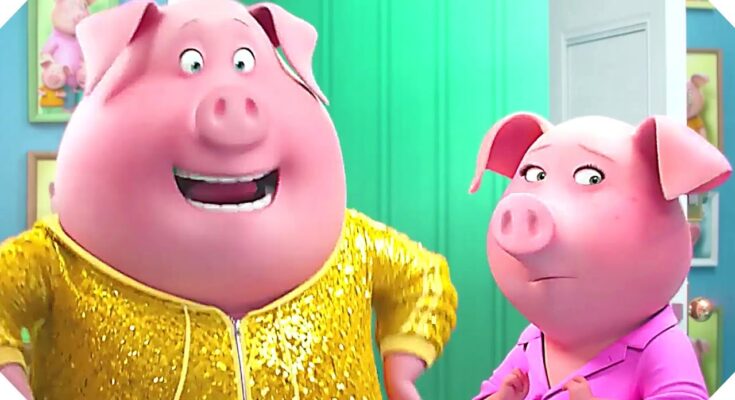 In the city of Caledonia, inhabited by anthropomorphic animals, a koala named Buster Moon runs a theatre that is having financial difficulties and is being threatened with foreclosure by a llama named Judith, who works for the bank.

He makes the decision to host a singing competition with a prize of $1,000. Still, his elderly iguana helper Miss Crawly makes a typing error that increases the prize money by two extra zeros. Before the erroneously printed fliers could be checked for errors, a fan blew them out of the window and began circulating across the city.