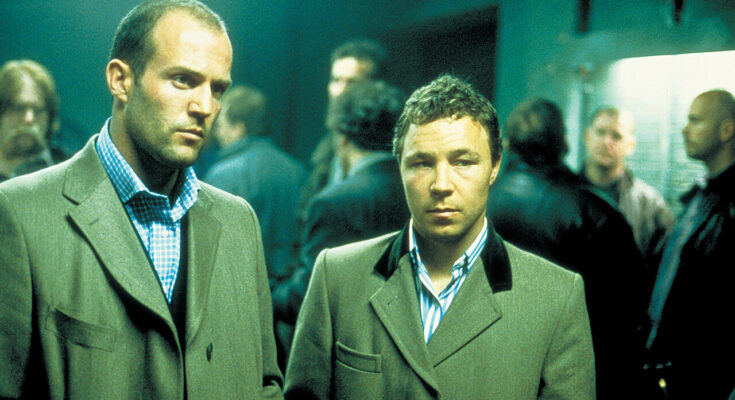 Franky “Four-Fingers” goes to London to meet with diamond dealer Doug “The Head” on behalf of “Cousin Avi,” a New York jeweller and Jewish-American organised crime figure, after stealing an 86-carat (17.2 g) diamond while dressed as an ultra-Orthodox Jew during a heist in Antwerp. “Four-Fingers” stole the diamond while posing as an ultra-Orthodox Jew.

After advising Franky to procure a gun from his brother, arms trader and former KGB agent Boris “The Blade,” one of the other thieves subsequently calls Boris and pushes him to seize the diamond from Franky before he can hand it over to Doug. Doug is the intended recipient of the diamond.