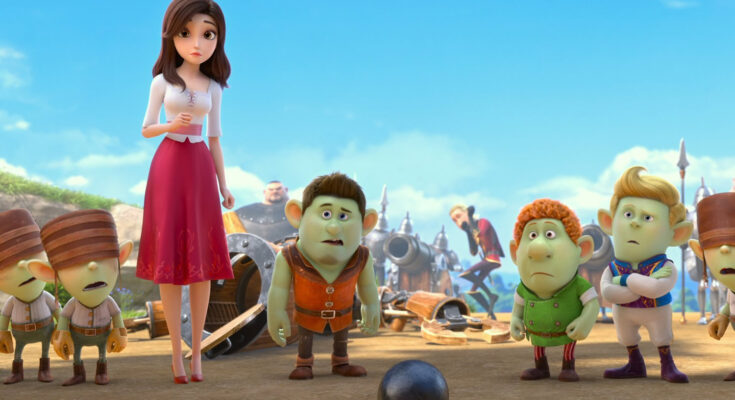 On Fairy Tale Island, a group of brave princes known as the Fearless Seven (F7) rescue a Fairy Princess from the clutches of a dragon. This group includes Merlin, Arthur, Jack, Hans, and the triplets Pino, Noki, and Kio. However, when they saw her face turn green, they immediately assumed she was a witch and attacked her. She puts a spell on them, so every time anybody looks at them, they would turn into green dwarfs as a means of teaching them a lesson.

They think that it is impossible for “the most beautiful lady in the world” ever to give a kiss, which is the only thing that can break the curse. Snow White and the Magician marry during the closing credits, while the other princes find unusual-looking women to be their wives. After the Prince of Average makes an insulting comment, the Fairy Princess transforms him into another green dwarf after she pulls him out of the river where he is hiding.

Similar Movies To Red Shoes and the Seven Dwarfs (2019)